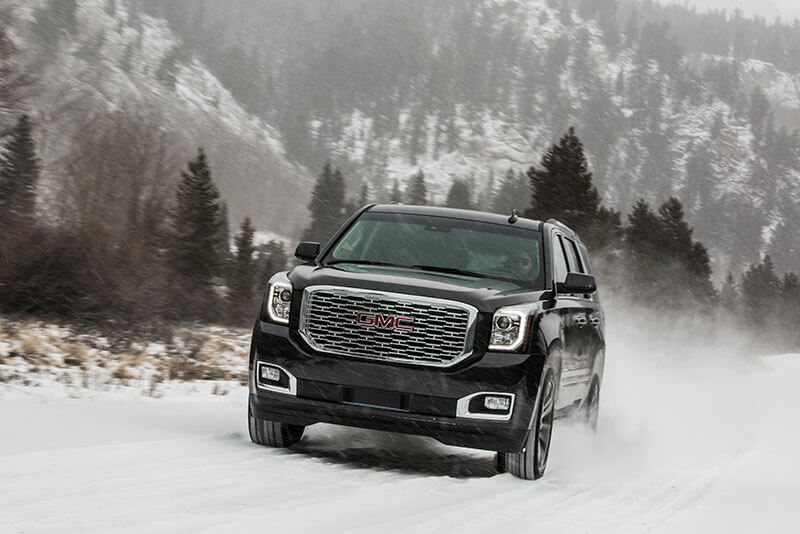 OPINION By Dan Ilika (originally published October 31, 2019 on AutoTrader)
It never ceases to amaze me the number of otherwise intelligent people I meet from across the country that don’t use winter tires.

The excuses vary – they’re too expensive, or I don’t drive very far, or, perhaps my favourite, I have all-wheel drive – but the fact remains that if you spend your winter months driving anywhere in Canada (I’m looking at you, Vancouverites) then you need winter tires.

Let’s first dispatch of the misnomer perpetuated by people everywhere – automotive media types included: We’re not talking about snow tires here. In fact, many all-season or all-terrain tires sold in Canada are mud- and snow-rated. That designation simply means the tire was designed with wider gaps between its tread blocks to help pull mud and snow away from the surface for improved traction.

Those are great attributes for a tire to have – after all, we’re talking about when the rubber meets the road, as the saying goes, and the more of it that does exactly that the better. The problem with mud-and-snow tires, then, isn’t how they handle sloppy surfaces, but how effective they are when the mercury plunges.

While these three-season tires are great in spring, summer and fall, the rubber compound that makes them quiet, smooth and efficient during roughly half the year also makes them about as hard as hockey pucks when the ambient temperature drops.

That’s where winter tires come in. Not only are their tread patterns engineered for improved performance on wintry road conditions, but the compound of winter tires is softer so they stay pliable in cold temperatures – usually below seven degrees Celsius. Even without snow on the ground, softer rubber means better grip.

Grip. Not traction. While the words can be used interchangeably, they’re not created equal when it comes to winter driving. Because while traction is measured by the limit of friction between a vehicle’s drive wheels and the road’s surface, grip represents the level of adhesion between the two regardless of whether the wheels are receiving power or not.

When the limit of traction is reached, the drive wheels will spin, triggering the traction control system to do its thing – automatically applying the brakes incrementally to counter the slip. Reaching the limit of grip, meanwhile, is how a slide is initiated, and is what can send your car careening into a guardrail.

But what about all-wheel drive, you’re no doubt wondering. While putting power down to more wheels can – though not always – provide improved traction, it does nothing to slow your vehicle any quicker. That’s where winter tires earn their edge over all-wheel drive, using their softer rubber and special tread patterns with crevices, called sipes, that pull water from wet and icy surfaces, to provide the grip all-seasons simply can’t.

Let’s also dispel those other illogical ideas about why winter tires are unnecessary, starting with their perceived priciness. Little can be done to mask the short-term pain of paying for another set of tires, but there is a long-term gain thanks to the lengthier lifespans of both. Seasonal swaps mean a little less than half the year is spent riding on winter rubber, ensuring they will serve you longer.

If the average Canadian drives about 15,000 km annually, as per Natural Resources Canada (NRCan), it’s pretty easy to crunch the numbers. Assuming you put your winter tires on at the beginning of November and take them off sometime in April, that means driving roughly 6,250 km each year on winter tires and the remaining 8,750 km on whatever other rubber your vehicle rides on. Less mileage, of course, means less tire wear; less tire wear means replacing them less frequently.

Finally, if you don’t think you drive enough each day to warrant winter tires, well, you’re just plain wrong. Most collisions happen close to home, as the old adage goes – and that’s because it’s true. There’s plenty of research that shows most crashes happen within a couple kilometres from our homes, partially attributed to comfort by proximity, negating the notion that a short drive is a safer one.

A wise man once told me that everyone’s safety is everyone’s responsibility. Next time you hit the road, use your head; winter tires are a no-brainer.

Dan has been working in the automotive industry for the better part of the last decade, splitting his time between automotive media and public relations. Dan graduated from Toronto’s Humber College with an advanced diploma in journalism – print and broadcast. His work as a journalist spans from newspaper to television and the web, reviewing cars in writing and in front of the camera. In his role as Road Test Editor, Dan provides expert insight and analysis of the Canadian new car market.